Why Moms Should Smoke Weed

my love for weed wouldn't change after the baby was born 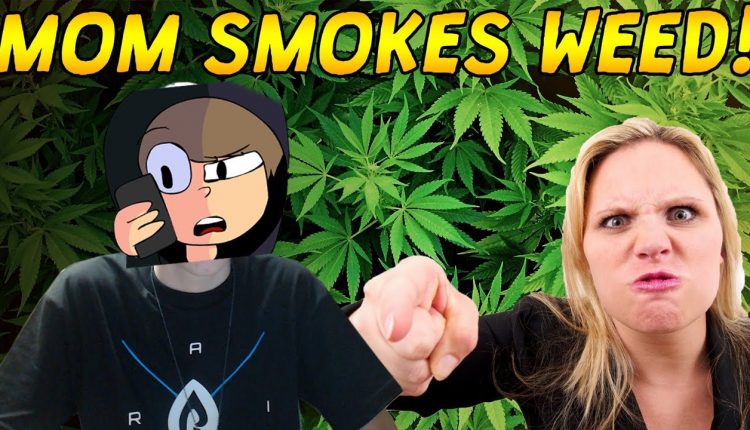 When I was pregnant with my daughter almost three years ago, many people assumed I would stop living my cannabis lifestyle because I was about to become a mom. While I would confidently tell them that my love for weed wouldn’t change after the baby was born, my reply was always met with looks of disapproval, shock, or pity.

It was completely unfathomable to people that I intended to return to smoking weed after I had my daughter, which is why I decided to do something about it and created Blunt Blowin’ Mama, an Instagram account where I share the importance of normalizing cannabis, specifically when it comes to women and moms.

Weed was my form of self-care before I became a mom, and that hasn’t changed one bit now that I am a mom.

Society has ingrained in us all what motherhood should look like, and that definitely doesn’t include smoking weed. The problem with that is that people forget that moms are still women who have desires, wants, and various indulgences that don’t necessarily revolve around their children. Now, before I get labeled as a “bad mom,” I want to say that my daughter has always been a top priority for me. I do not smoke weed in the house, and I never smoke in front of her. Since she’s still a toddler, I haven’t had to worry about hiding my cannabis use either. But it’s something I have talked about with my partner as we plan to have a very meaningful conversation with her when she gets older about why mommy and daddy smoke weed, how it’s legal in California where we live, and why some people may not agree with it.

The research on the effects of cannabis are limited. There needs to be “far more information,” Dr. Marie McCormick, chair of the NAS committee and professor of pediatrics at Harvard Medical School, told NPR’s Shots in regards to marijuana related health studies. When it comes to the impact of cannabis use on pregnant or breastfeeding women, there’s not much research available. However, there was a study based on women in California that suggested more women are using cannabis when pregnant, but findings “were limited to data on pregnant women within one health care system in a limited geographic area of California,” according to CNN.

So for the mom who may not want to take pharmaceutical drugs for her postpartum depression or who just needs to treat her morning sickness, she really has very little science to back up what cannabis use may or may not do to her child. Taking all the above information into account is why I stopped smoking weed for two years.

Throughout my nine months of pregnancy and the following 15 months when I breastfed my little girl, I abstained from consuming cannabis. I can say with absolute certainty that those two years without cannabis were the absolute hardest of my life. Being a new mother was tough for me and pregnancy was a roller coaster ride of unchecked hormones. After I gave birth, the hormonal roller coaster ride didn’t stop as I got hit by a big case of baby blues, which manifests in the form of mood swings and negative feelings. I spent weeks not wanting to go out and just falling into this dark abyss of sadness. It was during this time that it would have really helped to be able to light up a joint or two. But I never reached for one, despite my instincts that were telling me that a little cannabis was just what I needed to treat my constant negative mood.

Unfortunately, the rest of the world hasn’t caught up yet to what many people already know, which is that marijuana is not a gateway drug, and the number of deaths due to a “fatal dose of marijuana alone” is still zero. But marijuana also has numerous health benefits, including treatment for epilepsy, appetite stimulation, anxiety, stress relief, and depression.

It’s why I reach for weed each night to help me wind down. Being a working mom isn’t easy, so most days after I put my daughter down for bed at night, I go outside on my balcony and take a few rips from my bong or light up a joint. Weed was my form of self-care before I became a mom, and that hasn’t changed one bit now that I am a mom. I’m proudly a blunt blowin’ mama.

Post-Baby Beauty; changes to expect and tips to follow