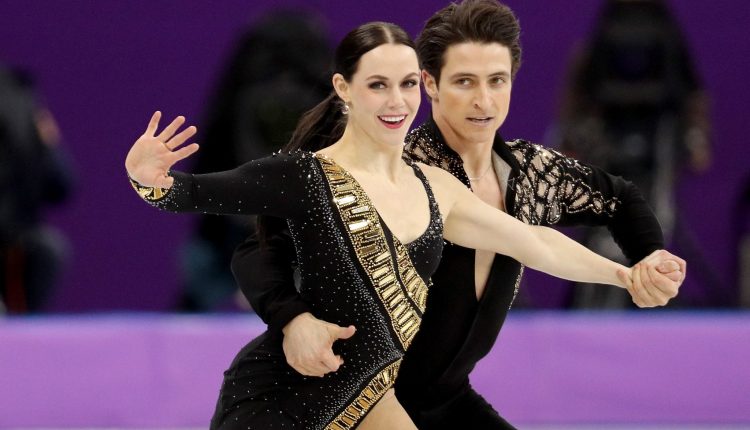 Olympic ice dancers Tessa Virtue and Scott Moir have been garnering headlines for their steamy, sexually charged performances, and for good reason: their chemistry is electric, and their moves could set the ice on fire. The heat between them has naturally led to speculation about their relationship, with many people hoping that the Canadian duo are a real-life item. So, are Tessa and Scott dating? The short answer, sadly, is no. But that isn’t exactly stopping fans from shipping them anyway.

The longtime pals have been skating together for two decades, which explains a lot about their natural rapport. In a January 2018 interview with Maclean’s, the pair were asked what they thought of the rumors that they are married. “Maybe that means we’re doing our job?” Scott replied, adding, “We’re always telling stories; we’re supposed to be reacting, a man and woman on the ice; it’s romantic. What we have is such a cool relationship. It’s more about a friendship; our working relationship is so strong. We take so much pride in that.” Tessa doubled down when she chimed in: “If that’s the by-product of having a great longstanding partnership, then we can deal with it.”

Despite the fact that they aren’t in a romantic relationship now, that doesn’t mean they didn’t give it a try. According to Scott, the two dated for about eight months when he was 10 and Tessa was 8. “It was romantic in the beginning,” he joked. So, there you have it. Your ice dancing faves may not be an item, but their amazing, jaw-dropping routines will always be worth watching. And we’ll always have this moment:

tessa & scott play the newlywed. game. question is "who is more likely to sleep in and miss practice?" and scott has the most epic slip up of all time. https://t.co/s6VsewZAgC pic.twitter.com/EfZIw8K1tE

The Fashion From The Bachelor: The Women Tell All

Hair Sponge for Curls and Dreads

5 Benefits Of Working With A Divorce Lawyer

Use These 3 Phrases to Make Any Guy Fall for You