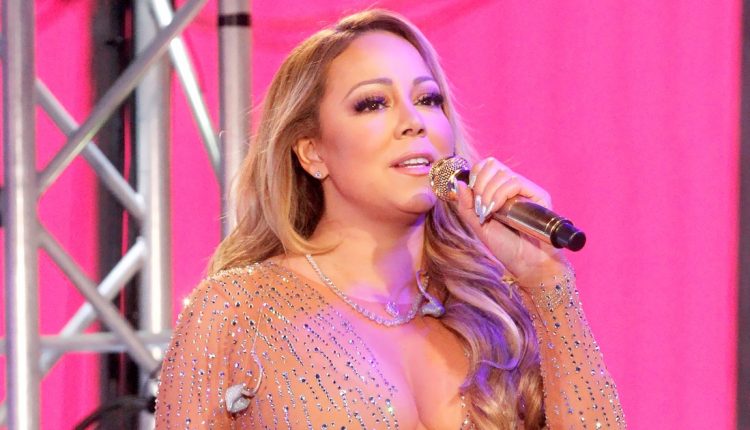 Mariah Carey brushed off her disastrous December 31, 2016, performance and rang in 2018 with a whole new attitude! The diva took the stage in a sparkly gold gown with a fur jacket, beginning her performance with her 1990 hit “Vision of Love.” Following the song, she asked for a cup of tea, telling the crowd, “they told me there would be tea.” When one wasn’t available she called it a “disaster,” but continued anyway.

“I just want to show my appreciation for everyone that speaks out for justice and tries to make the world a better place, a more united planet. You’re the true heroes,” Carey, 47, said before belting out her 1993 ballad, “Hero.”

Most Shocking Live TV Moments of All Time

The singer decided to return to the Times Square celebration despite her major mishap that happened at the 2016 show.

“We can all agree that last year didn’t go exactly as planned and we are thrilled to move forward together to provide America with an incredible night of music and celebration on Dick Clark’s New Year’s Rockin’ Eve with Ryan Seacrest 2018,” the singer and Dick Clark Productions said in a joint statement on December 22.

During the 2016 New Year’s Eve celebration, Carey suffered from multiple production issues and technical difficulties during her set. When beginning her second song, “Emotions,” she became flustered when she couldn’t hear the backing track and told the audience: “We didn’t have a [sound] check for this song, so we’ll just say it went to No. 1 and that’s what it is, OK?”

She went on to attempt to sing her 2005 hit “We Belong Together,” and when the original version played, she stood on stage but didn’t sing. She eventually stopped completely and left the stage.

Her team alleged that Dick Clark Productions was behind the mishap and did it to boost ratings, something the production company denied. “In very rare instances there are of course technical errors that can occur with live television; however, an initial investigation has indicated that DCP had no involvement in the challenges associated with Ms. Carey’s New Year’s Eve performance,” DCP told Us Weekly in a statement at the time. “We want to be clear that we have the utmost respect for Ms. Carey as an artist and acknowledge her tremendous accomplishments in the industry.”

Host Ryan Seacrest has since defended the singer, explaining that it’s not an easy task to perform in Times Square. “She had done it before because she was the first musical guest that we had had live when I started doing the show years … about a decade ago. So she had seen it. She knows what Times Square’s about. It’s complicated,” Seacrest said on his radio show last January. “It’s live television and things happen on live TV. You know, if something goes wrong, it’s unfortunate for anybody.”

Tell Us: What did you think of Mariah’s New Years Eve performance?