Should You Cosleep With Your Kids? 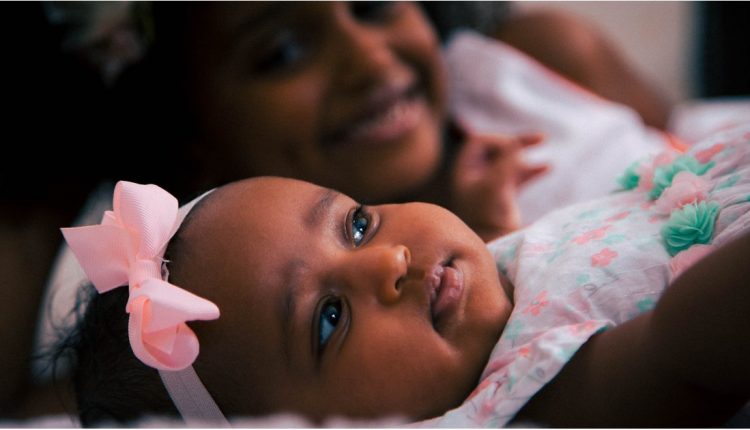 Before I had kids, I was bombarded with the advice of, “Never let your kids sleep in your bed. If they do it once, they’ll want to do it every night.” And I’ll admit that I had no intentions of cosleeping before I became a parent. But when my first kid was born, I was just 23 years old. I hadn’t done any research on parenting beyond surviving pregnancy and childbirth (that was enough to worry about). And as soon as that tiny creature arrived Earth-side, everything I thought I would do was tossed out the window — not because I knew any better, but because it just didn’t work for me.

My baby cried unless he was right next to my skin or latched onto my breast. I quickly learned that the whole “lay them down sleepy but awake” was just a bunch of malarkey. The second he touched the crib mattress, he would sob for me, and it clawed at every inch of my mind and intuition. So, I picked him up. Within a minute, I knew that letting my baby cry it out intentionally was not how I wanted to do things. Babies cry because they need their parents for survival, and it’s also the only way that they can communicate. I realized then that it was time for me to do some research.

The more I researched cosleeping, the more I realized I wanted to try it. I found that it can happen in a variety of setups, from a side-car crib in the bedroom to actually sharing the same bed. When parents follow safe cosleeping practices, there can be benefits, one of which is preventing SIDS because the child rouses more often when near the mother and doesn’t fall into a deep sleep.

But the biggest reason I chose to cosleep was just basic survival. Mama needed sleep. Baby needed sleep. The only way sleep was happening was when we were together. It definitely helped establish my milk supply due to nursing on demand, too, and I didn’t have to get up to feed him. A win-win all around. We would “breastsleep” off and on for a good 12 hours in those first few months.

But, like I said, cosleeping definitely isn’t for everyone. I respect a family’s choice to sleep wherever they choose. Putting a child in a crib in a separate space is the most common way that pediatricians say babies should sleep, but that in no way means cosleeping is bad. Safe sleep practices should be taught more often in doctors’ offices and birthing units in order to give families the choice and peace of mind that they are making the right decisions for their family. I know I made the right choice for my baby and I.

Tutorial: How to Swaddle Your Baby

Some Pregnancy Exercises and their Benefits

Post-Baby Beauty; changes to expect and tips to follow