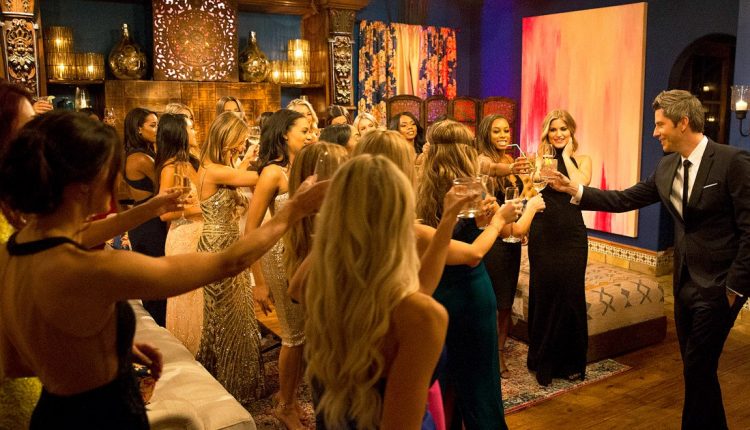 The world was re-introduced to Arie Luyendyk Jr. on the Monday, January 1, premiere of The Bachelor. Then he was introduced to 29 women with some very strange interests.

The Biggest Surprises of 2017

We gathered together the top six most uncomfortable introductions from the season 22 premiere. Watch the video above and get a quick refresher below:

Tia:
When it doubt, make a d—k joke? That was Tia’s method. “So I have a little gift, it’s right here,” she said to Arie when presenting him with a small, red, plastic penis. “It’s actually a little weiner … please tell me you don’t already have a little weiner.” In her defense, she is from a town called Weiner, Arkansas.

Brittane J.:
Should men wear bumper stickers? Probably not, but that didn’t stop Brittane from trying. “They say you’re not supposed to put a bumper sticker on a Ferrari, but why not an Arie?” she asked him before making him turn around to put a “Nice Butt” sticker on his backside.

Becca:
Why wait until the end for a proposal? Becca literally gave Arie an engagement ring and had him get down on one knee. “I’d like you to repeat after me,” she told him. “‘Rebecca Jill, are you ready to do the damn thing?’” So, he asked, and she yelled, “I am. YES!”

Ashley:
Some jokes are so predictable that Arie just told them. When Ashley handed him a racing flag, he asked her, “Are we going to make it to the finish line?” She, of course, responded: “I hope we do! I hope I finish first at the end of all of this.”

Amber:
You know how we mentioned the d—k jokes? They didn’t stop at one. “I own a spray tan company,” Amber started when she met Arie. “So you can imagine in that line of work … I see a lot of d—k.” Even Arie didn’t see that coming.

Ali:
However, the strangest introduction of the night probably went to Ali, who lifted her arm up and asked Arie to “do a quick smell check” for her. “I know it looks a little crazy, but please, for me, just make sure,” she asked. He actually did it, too.

Should You Cosleep With Your Kids?

How to Fix Bleached Damaged Hair Tips and Product Reviews