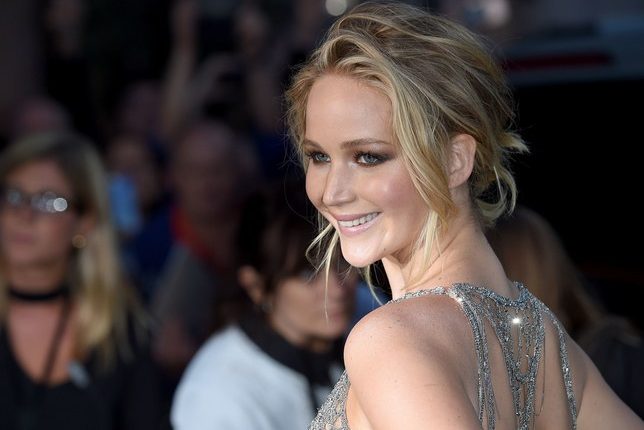 Just seven years ago Jennifer Lawrence‘s career exploded with her first Oscar nomination for Best Actress in Winter’s Bone. She was only 20 years old at the time and had already found her calling, going on to be nominated for her roles in Joy and American Hustle and winning the Oscar for her work in Silver Linings Playbook. She’d been working towards this success since she was a teenager—but according to a new interview, it came at a pretty high cost.

The Red Sparrow actress opened up to Bill Whitaker in an interview that will air on 60 Minutes this Sunday (February 25) about her decision to end her schooling at just 14 and pursue acting fulltime.

“I struggled through school,” Lawrence explained in a clip from the interview, “I never felt very smart. [But] when I’m reading a script, and I feel like I know exactly what it would look like if somebody felt that way — that was a whole part of my brain that I didn’t even know existed, something that I could be confident in. And I didn’t want to let it go.”

While her middle-school peers were spending time doing homework and preparing for high school, Lawrence found herself drawn to a totally different kind of work: She felt like acting wasn’t just a career, but a vocation. “It’s so hard to explain,” she said. “It’s just an overwhelming feeling of, ‘I get this. This is what I was meant to do.’ And to get people to try to understand that when you’re 14 years old wanting to drop out of school and do this, and your parents are just like ‘You’re out of your mind.'”

Whitaker went on to ask the actress if she went on to finish high school, and she told him, “I dropped out of middle school. I don’t technically have a GED or a diploma. I am self-educated.”

For many people education is a top priority during those middle school and high school years, but Lawrence doesn’t regret her decision to leave school—even though the price seems like it was sometimes pretty steep. “I wanted to forge my own path. I found what I wanted to do, and I didn’t want anything getting in the way of it,” she explained. “Even friends, for many years, were not as important to me as my career. I mean, from the age of 14.”

Watch the clip of the interview, airing Sunday at 7 P.M. ET, below:

Jennifer Lawrence says she dropped out of middle school. The Oscar-winning actress tells Bill Whitaker she didn't want anything getting in the way of her career. Sunday on 60 Minutes.https://t.co/BgAj4TcRiV pic.twitter.com/MjzH5Bgu8d

Hilary Duff Updates Her Basics Better Than Anyone