Castor Oil for Dark Circles: See How Miraculously It Works

Regardless to say, aging is an inevitable process that brings down the confidence and self-esteem of a person to lowest. That is because of the fact due to aging; the skin becomes saggy and affects the looks, making him unattractive. The most affected area by aging is the face and especially the eyes. The skin beneath the eyes becomes thinner allowing the blue veins to show up as dark circles. Stress, lack of sleep, unhealthy diet and many other factors contribute to dark circles, besides aging. So, if you are a victim of dark circles and want them to fade away, here’s the way: 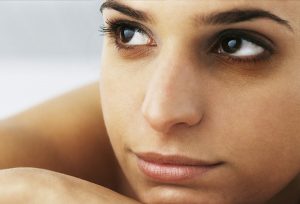 Castor oil is one of the most effective ways through which you can treat your dark circles. There are plenty of reasons why castor oil works miraculously for the dark circles, but here are the good reasons:

How to Use Castor Oil:

You can use castor oil directly under the eyes by massaging it gently. Or, just mix it up with other carrier oil for effective results. If you don’t find time to apply the castor oil, you can mix it with your daily cream or moisturiser and apply it as you regularly do.

For best results, get a healthy diet, stay hydrated, get enough sleep and reduce your stress. If you have more tips using the castor oil for dark circles, do mention in the comments below.

3 Things You Should Never Do To Your Hair

Do You Know the Prettiest New Lip Colors Trending?

Tips to Organize Your Home Room by Room